The Bahama Mockingbird Mimus gundlachii is similar to its slightly smaller cousin, the widespread Northern Mockingbird Mimus polyglottis. The range of Bahama Mockingbirds is not restricted to the Bahamas themselves, and includes areas of  Cuba, Jamaica and TCI, so despite the name they are not an endemic species to the Bahamas.  They are also occasional vagrants to the United States, especially – for reasons of proximity – southeastern Florida.

The Bahama Mockingbird is browner than the greyish Northern Mockingbird, and has distinctive streaking and spotting to its breast and undercarriage. This may extend to what you might describe as the bird’s ‘trouser legs’, though I’m sure there’s a more technically correct term.

Both mockingbird species are found on Abaco. The NMs are ubiquitous in towns, settlements, gardens, coppice and pine forest, whereas BMs are shyer and tend to be found in the pine forest and well away from humans and their operations. 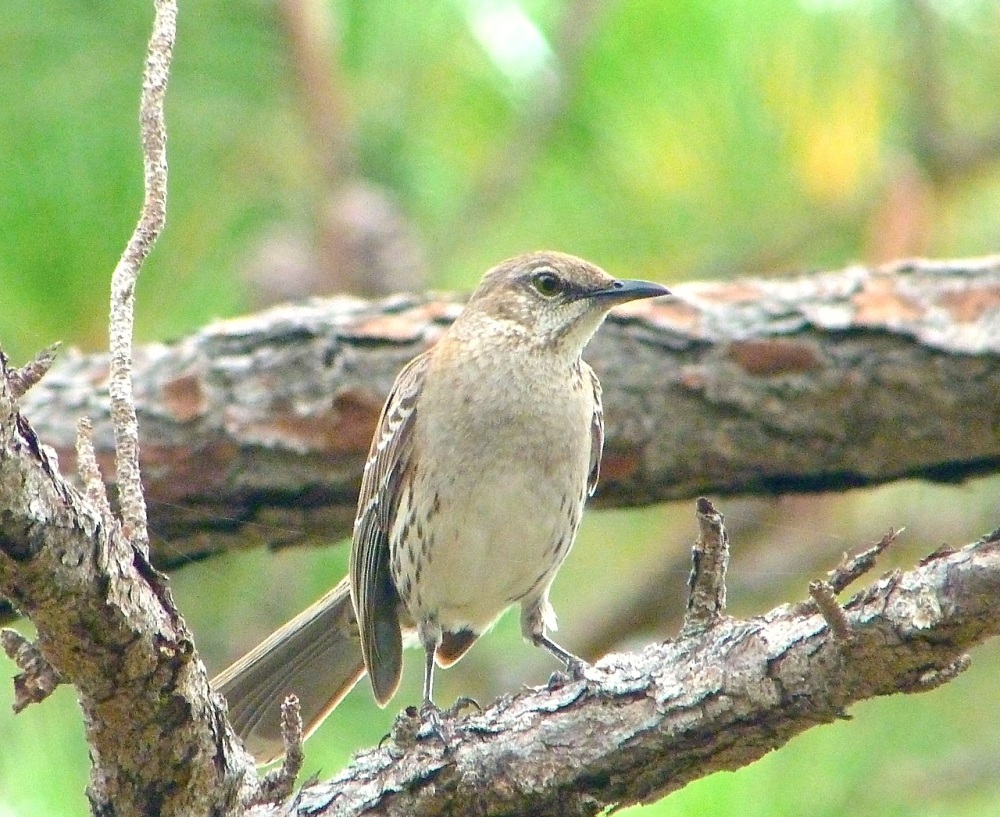 I am astounded by the beauty and variety of their song. It consists of very varied notes and phrases, each repeated 3 or 4 times before moving on to the next sounds in the repertoire. Here is a short 18 second example I recorded, using my unpatented iPhone method, for which see HERE. 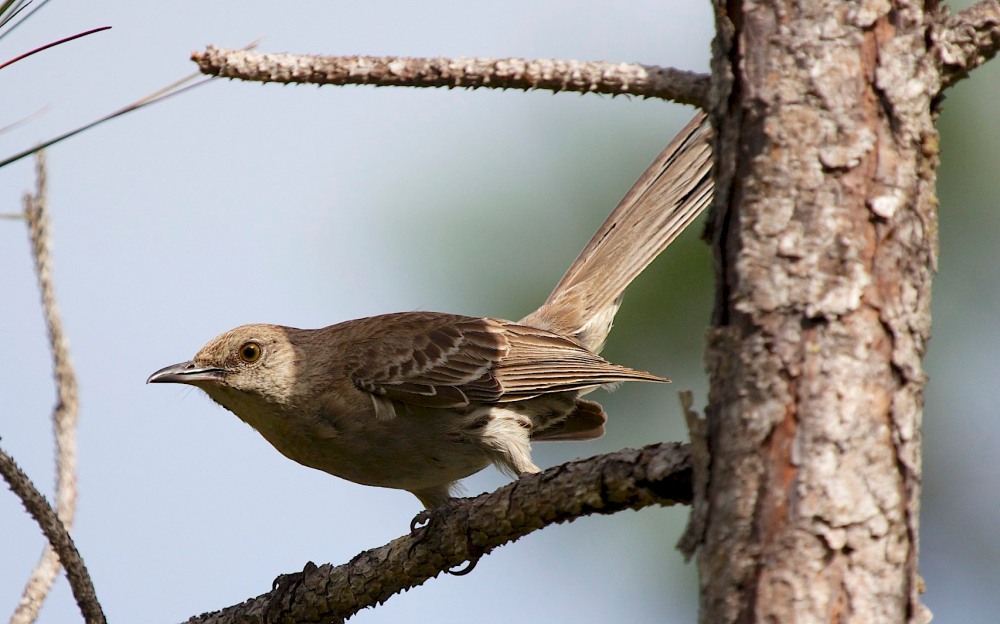 For those with interest in birdsong, here is a longer 1:13 minute song from the same bird, with largely different sounds from the first recording made minutes earlier. There’s even a decent stab at imitation of a 1960s Trimphone™. I could have stayed listening for far longer.

An apparently new subspecies, the scarlet-faced mockingbird. In fact the bird had been feeding on red berries, and had managed to collect plenty of the juice round the base of its beak. 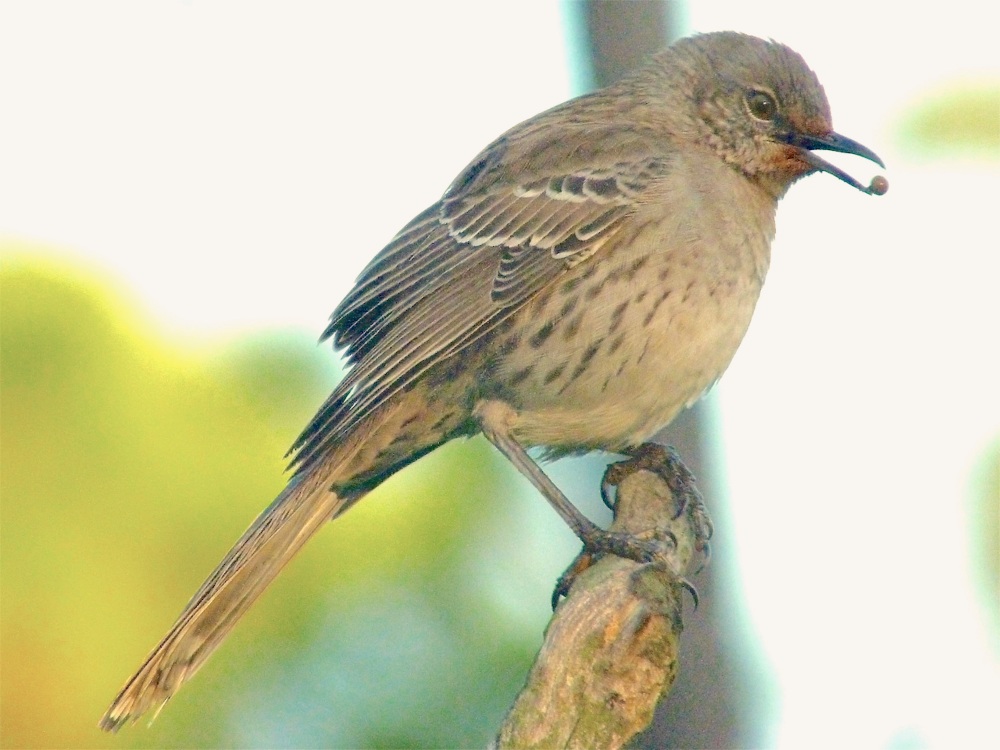 Range maps show the stark contrast between the very limited range of the Bahama Mockingbird and the vast distribution of the Northern Mockingbird. An example is below, for comparison. 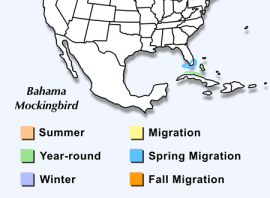 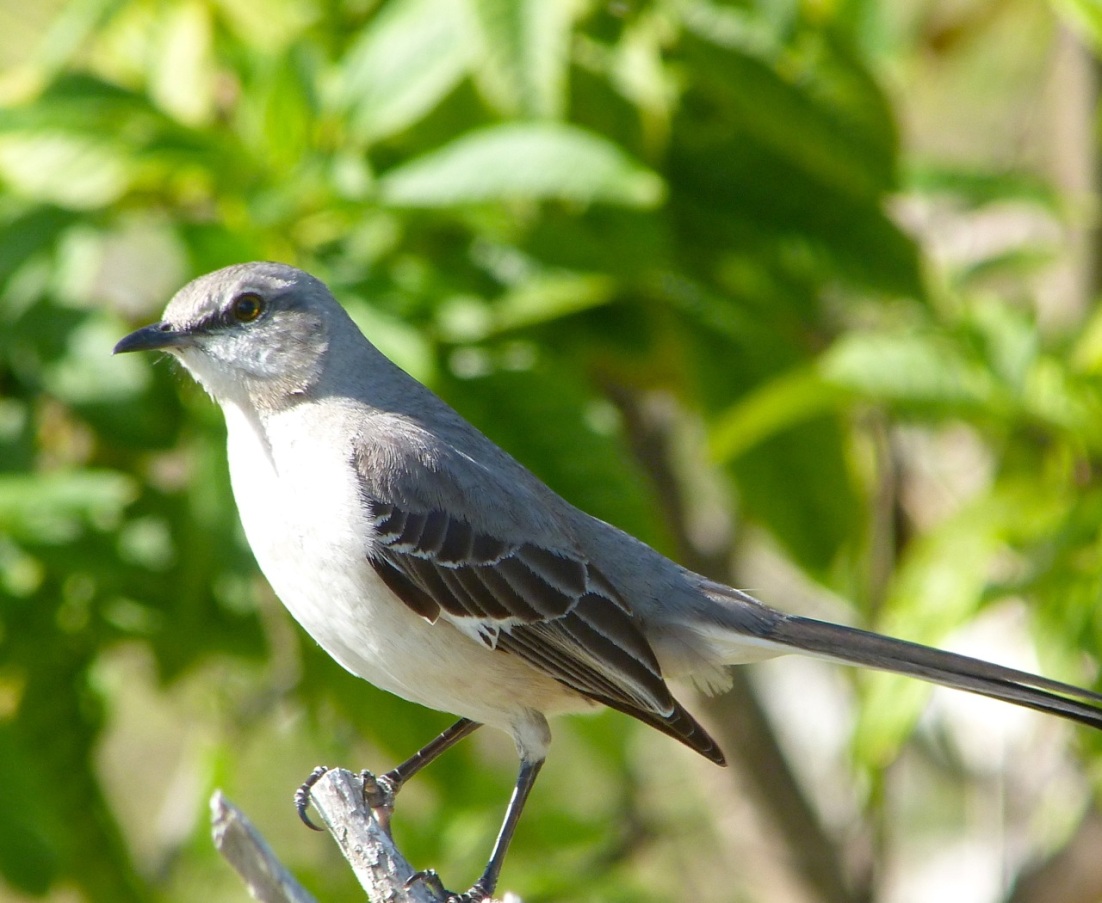