CHECKLIST: THE BIRDS OF ABACO

Clicking the title will open the definitive  checklist of all birds recorded for Abaco up to March 2014, the month of publication of “The Birds of Abaco”. It was compiled by bird expert and author Tony White in conjunction with well-known Abaco birding guru Elwood ‘Woody’ Bracey.

The list is based on Tony’s original checklist for the whole of the Bahamas, updated as it relates to Abaco specially for the book. Each bird is assigned a simple code of letters and numbers which tells you at a glance when a particular bird may be found on Abaco; and the likelihood of seeing it. 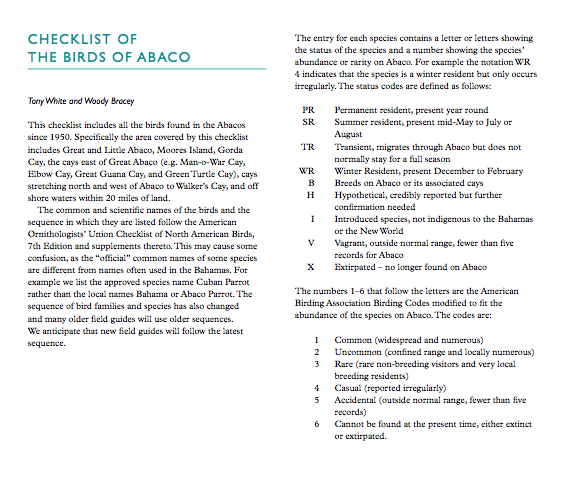 The last new bird entry int he checklist for Abaco was a Black-browed Albatross, a bird seen from a whale research vessel off Sandy Point in June 2013 and photographed by Diane Claridge of the Bahamas Marine Mammal Research Organisation (BMMRO).

Since publication a further species has been recorded, the Black-bellied Whistling Duck. Six were seen in early June 2014, and they gradually worked their way north from the Schooner Bay area via Delphi and Bahama Palm Shores. Soon, there were reports of two at Marsh Harbour Airport. Then just one. All these sightings were photographed. Since June, there has been an unconfirmed sighting of a single bird on the ponds at Treasure Cay Golf Course – a good place for ducks – but no photograph… Woody Bracey also saw 5 birds flying together northwest towards (ultimately) Florida, the closest place to Abaco they are found. This species has been recorded rarely on Grand Bahama and Andros, but never before on Abaco. The Master Checklist was rendered out-of-date within 3 months of publication! 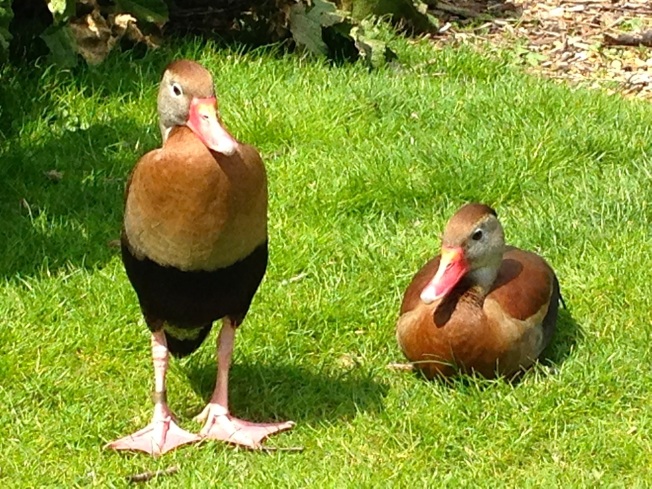