These small birds Columbina passerina are also known as tobacco doves. Although they sometimes perch in the branches of trees, you are more likely to encounter them on the ground, where they forage for seeds, fruit, and insects. 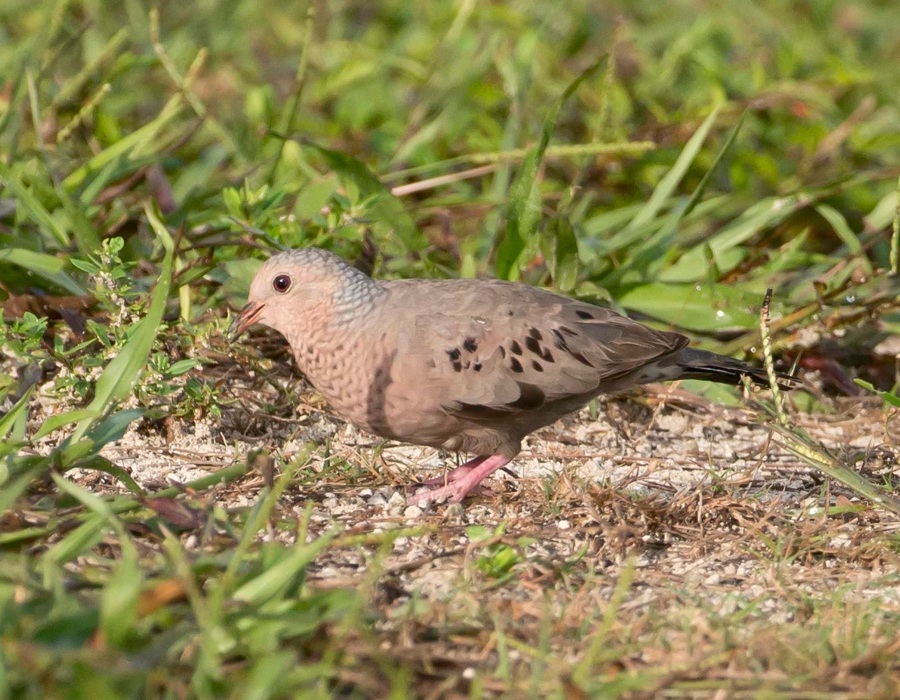 They will often fly in front of a person or vehicle in short fluttering stages, keeping out of reach but never going too far ahead.When they fly, their undersides flash reddish-brown (sometimes described as chestnut) – hence (I presume) the tobacco dove name.

The common ground dove is one of the world’s smallest doves – roughly 6 inches long. Its beak has a black tip, and its feathers have a pinkish tinge. The feathers on the head and the breast look rather like scales. Females are similar to males but tend to be greyer.

Common ground doves mate with their partner for life, and a pair may have 2 or even 3 broods a year. Both parents feed the young birds until they are ready to feed themselves. Rather amazingly, hatchlings can fledge in 11 days.

I had embedded a sound file of the dove sound to listen out for. For some glitchy reason it wasn’t working. So a description of the song / call will have to do. It’s a (frankly) rather monotonous and subdued little ‘whoop’. 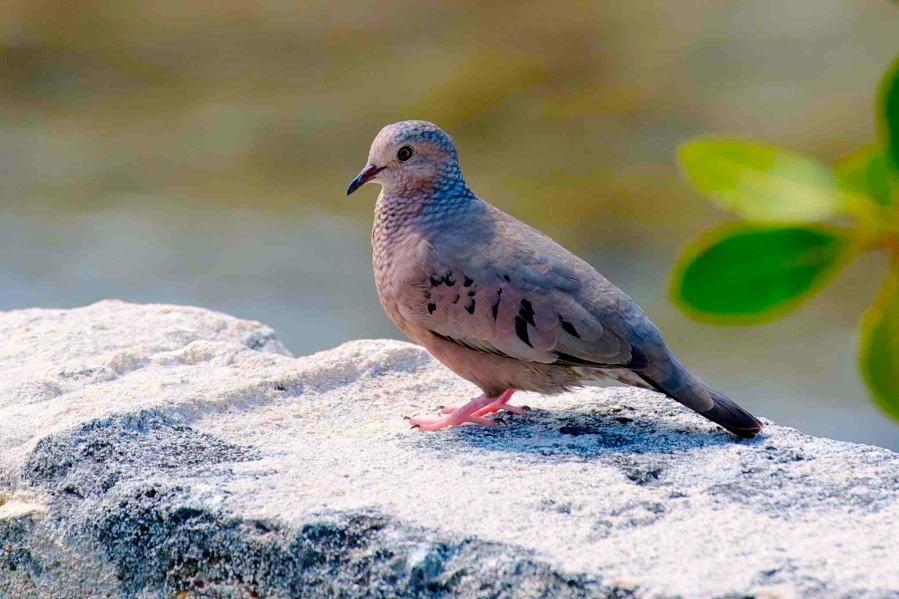 My own attempts to photograph a CGD satisfactorily have been rather feeble. I have taken plenty of photos of them on the ground, but nothing memorable, let alone useable. However the one below surprised me by flying onto a branch quite near me, and I had time to squeeze the trigger before it flew off again. Far from perfect compared with others on this page, but I’m not going to let that little detail prevent me from showing it…