LOGGERHEAD KINGBIRD: LORD OF THE FLIES

Four principal so-called ‘tyrant flycatchers’ (Tyrannidae) are found on Abaco: the loggerhead kingbird, the gray kingbird, the La Sagra’s flycatcher and the Cuban pewee. These are common permanent residents, except for the gray kingbird which is a summer resident only. Several other flycatcher species are found on Abaco, but they are very uncommon winter residents, rare transients, or vagrants. 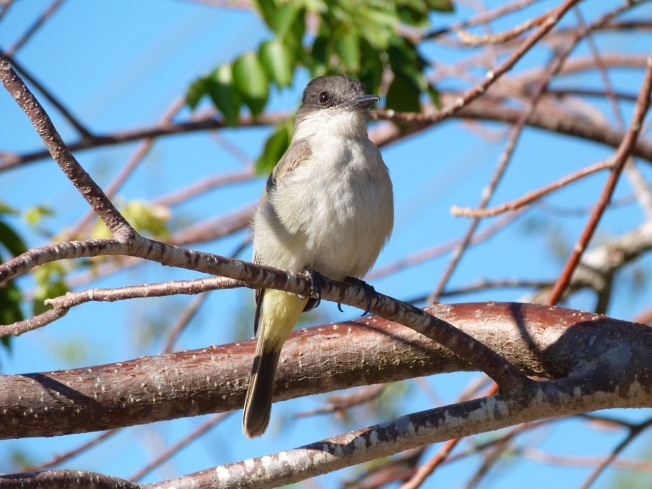 Loggerheads seem to have two methods of observing humans and their mysteries. One is by perching on a branch or in a shrub, watching intently. They stay quite still… until suddenly launching into the air to intercept some passing insect with their hooked beaks (so-called ‘hawking’), before returning to their perch. And staring at you again. The other method is to follow you round, either flying slightly ahead as you progress; or fluttering in the coppice alongside you; or playing catch-up from behind.

A typical quizzical loggerhead sideways look… all flycatchers do this

The collective names for a group of kingbirds are: a Court, a Coronation, or a Tyranny 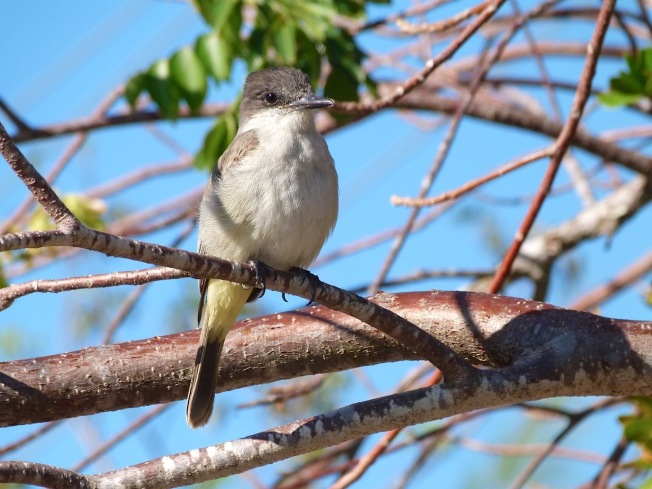