The gull-billed tern Gelochelidon nilotica had a name upgrade from Sterna nilotica some years ago, and was awarded the honour of its own genus. Let’s be clear at the outset: there’s no such thing as a tern-billed gull, which slightly lessens the scope for species confusion. 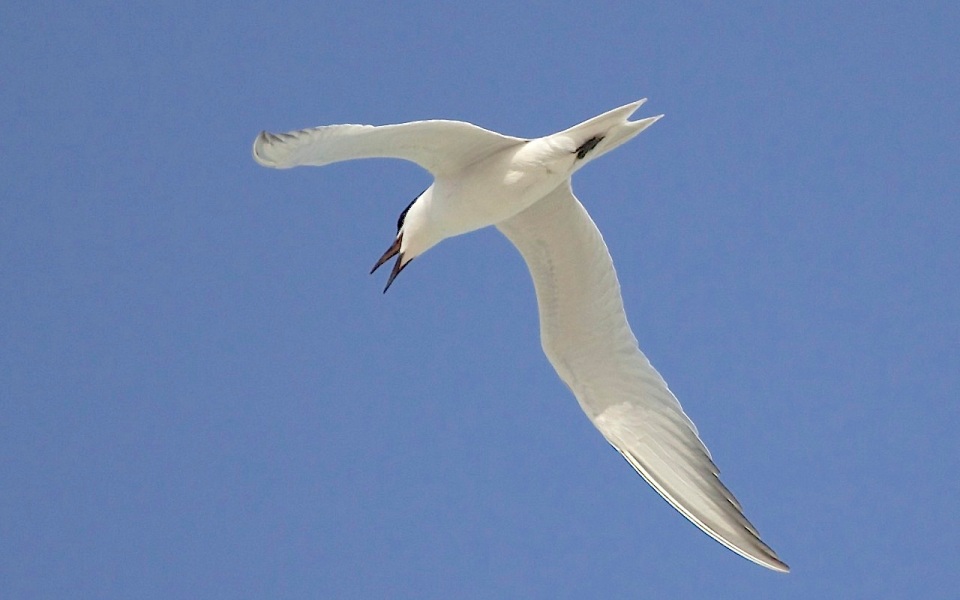 There are 12 species of tern recorded for Abaco. Only one, the royal tern, is a permanent resident. There is one winter resident, the Forster’s tern and there a 6 summer resident terns of varying degrees of commonness. The other four are transient or vagrant, and probably not worth making a special trip to Abaco to find. The GBT is designated SB3, a summer breeding resident that is generally uncommon, though might be more common in particular areas.

The bird gets its name from it short, thick gull-like bill. It’s quite large in tern terms, with a wingspan that may reach 3 foot. They lose their smart black caps in winter. 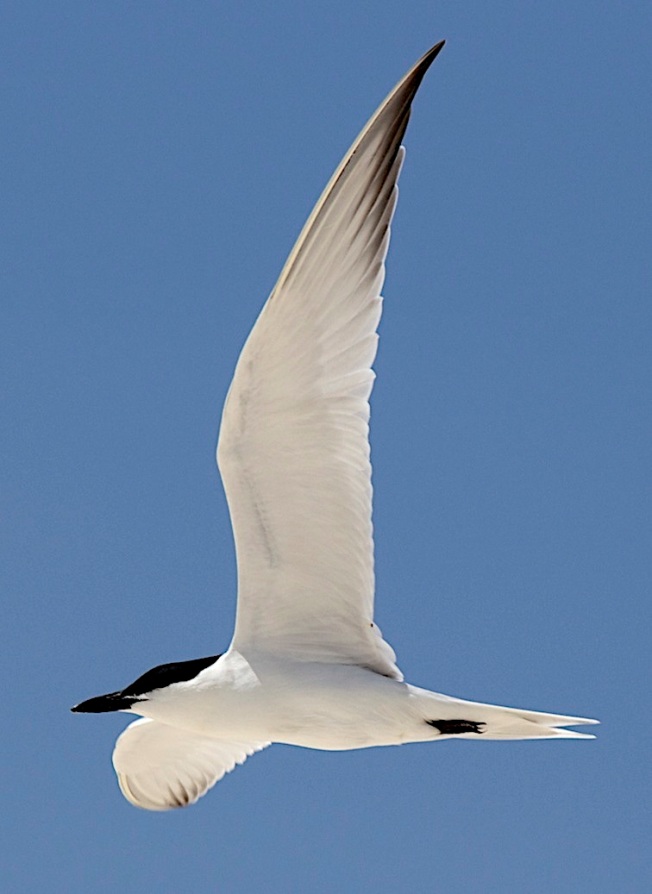 There are 6 species of GBT worldwide, and it is found in every continent. While many terns plunge-dive for fish, the GBT mostly feeds on insects in flight, and will also go after birds eggs and chicks. Small mammals and amphibians are also on the menu. 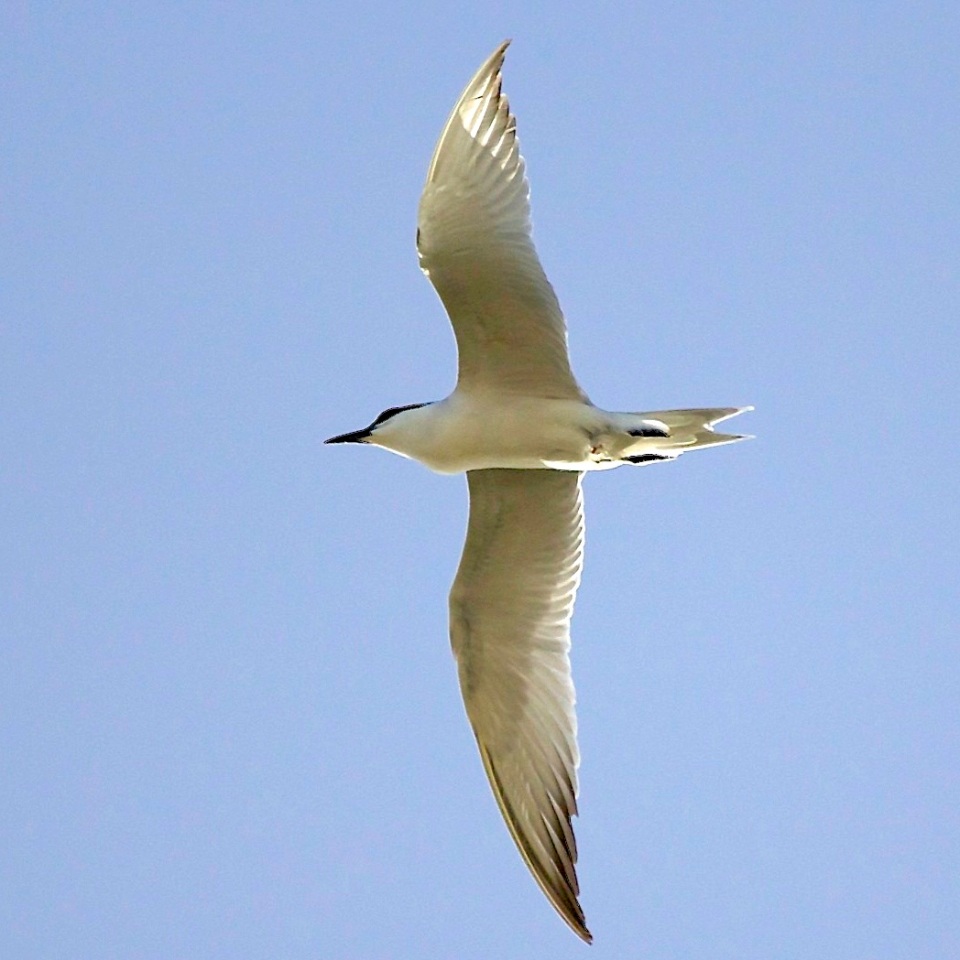 All photos were taken by Alex Hughes, a contributor to “THE BIRDS OF ABACO”, when he spent some time on Abaco a while back in connection with the conservation of the Abaco Parrot and the preservation of the habitat integrity of their nesting area in the Abaco National Park 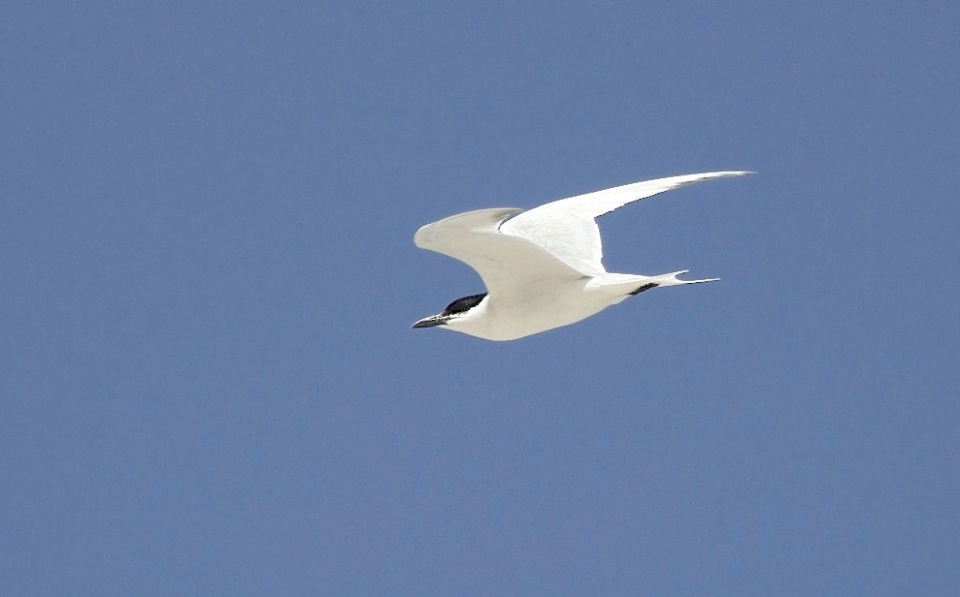