Here are some gorgeous white-tailed tropicbirds (Phaethon lepturus catesbyi) seen within the last week near the Low Place on Man-o-War Cay. There were 6 in the group, flying high, flying low, circling, dipping down, flirting  – all of this taking place just offshore. 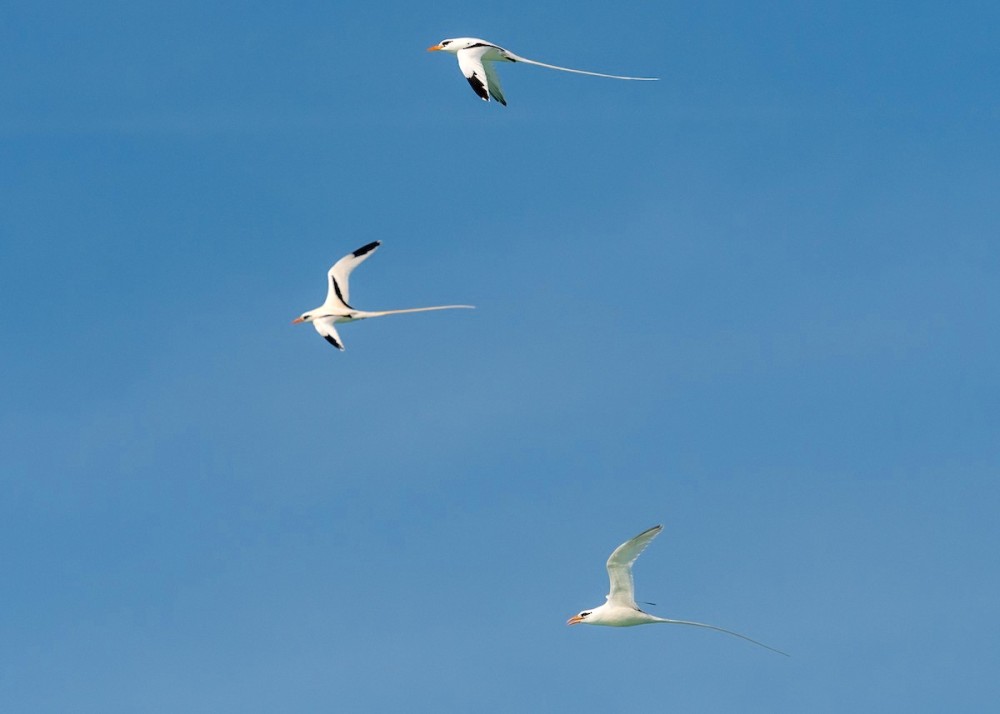 Sally Chisholm, Abaco birder and photographer, was with Todd Pover of CWFNJ, engaged in the final piping plover count of the season before the birds return to their summer breeding grounds [check out ABACO PIPING PLOVER WATCH if you are interested]. Sally and Todd were distracted from the matter in hand as the group of tropicbirds glided and swooped through the air. It was a free demonstration of beautiful flying skills that can be matched by few other species. 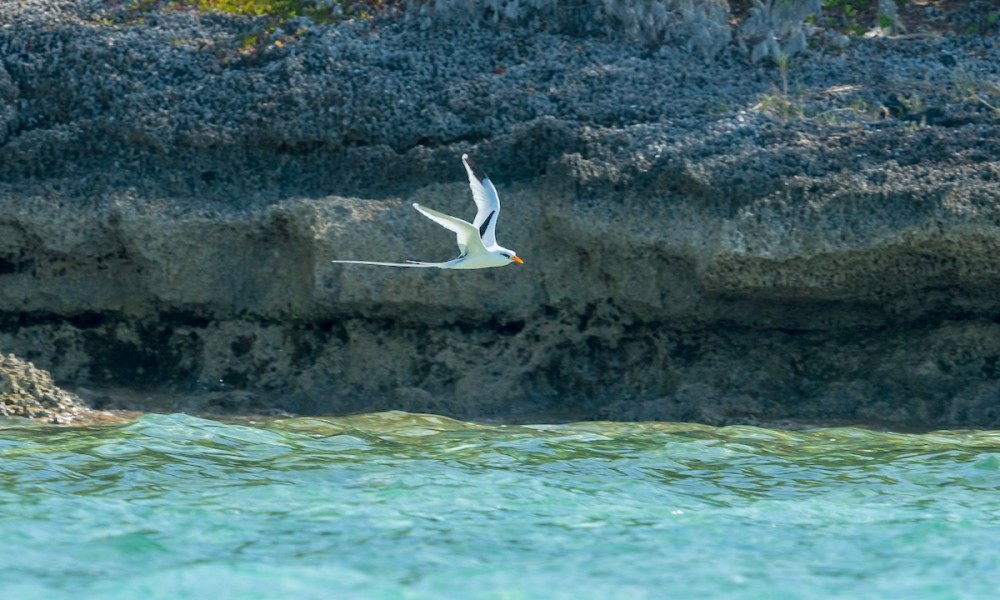 It became obvious that courtship was involved. As Sally vividly describes it, “The birds were observed for more than 15 minutes making wide circles, at times flying out of sight across towards Great Abaco and coming back flying low over the same area on MOW. Two birds would interact with a lot of “keck-keck-keck”, and then one of the pair flew down to land several times in the same crevice of the iron shore. It first appeared that the bird was landing for food but none of the photos showed anything carried. The display looked to be one of courtship and was amazing to watch”.

Credits: All photos, Sally Chisholm except the fantastic nest shot, Melissa Maura (many thanks to both for use permission – I’ve never got a decent photo of one); Audubon NA 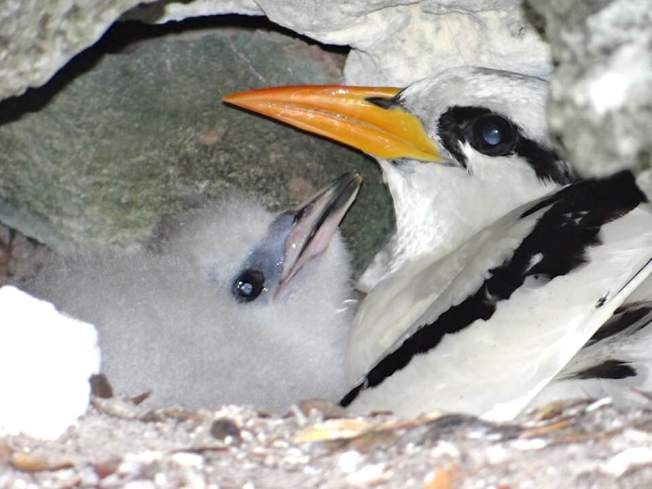