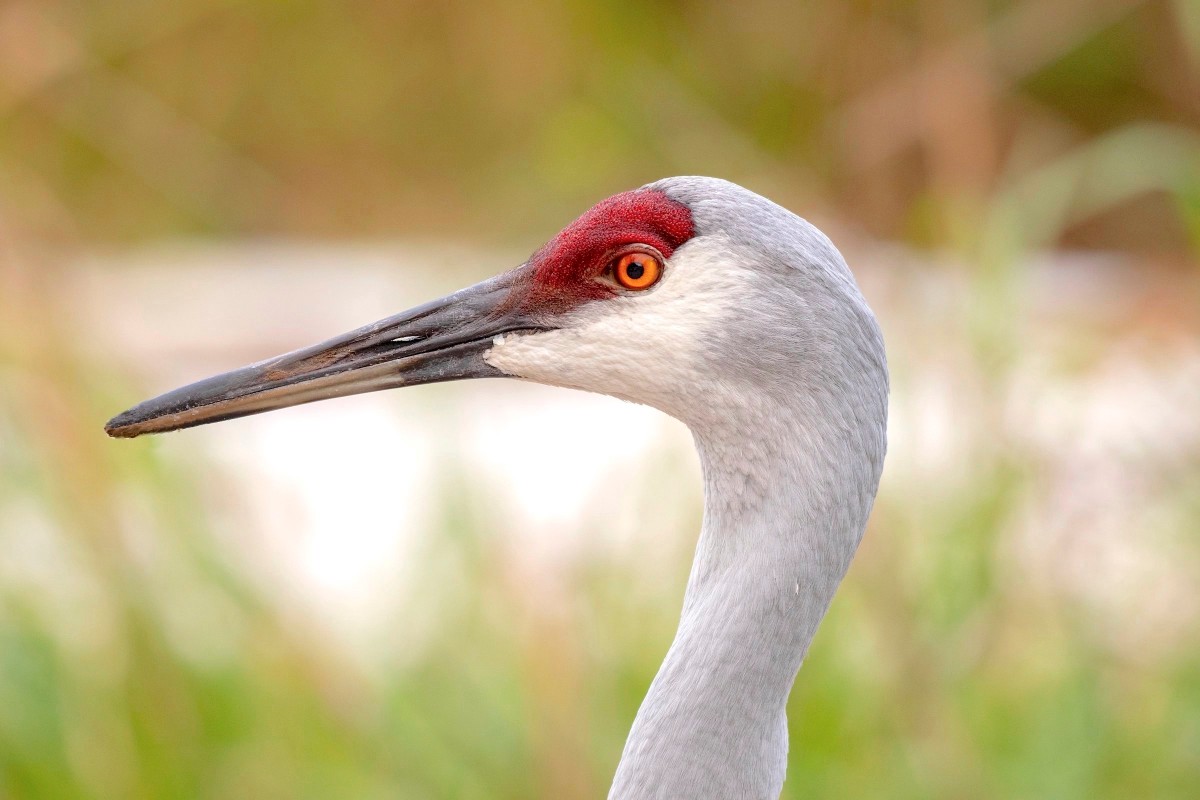 In mid-December, Kaderin Mills of the Bahamas National Trust saw Abaco’s first-ever reported Sandhill Crane (Antigone canadensis) in the Fox Town area of North Abaco. Woody Bracey was quickly onto the news and in the afternoon he took photos of the bird. I posted about this exciting (because a new species is always exciting) event, with details about its significance plus facts, maps etc HERE

Six weeks later, the crane is still in residence. In the meantime a number of birders have been to see the new novelty bird for Abaco in what has become a small but significant birding hotspot right at the top end of the island, in area round the Church, the Primary School, and the Clinic. The crane is now firmly on the eBird map for the Bahamas.

This elegant visitor seems to be quite tame and unfazed by its new fame. People watch while it forages for invertebrates in the grass, pausing to check on bystanders before resuming its feeding. It tolerates the presence of humans without showing fear, let alone flying away.

The call of the Sandhill Crane sounds like this:

To test its reaction, a recording was played and immediately the crane responded and called out to the (apparent) co-crane. The bird has also (rather sadly?) been seen by locals by the door of the Church, looking at its reflection and even making pecking motions at it. A lonely crane, maybe.

This bird is likely to remain disappointed by any expectation or hope of company. With any luck in the Spring, the instinctive call to the north (Canada and nearby US) will persuade it to migrate back to sandhill habitat to join a flock in the summer breeding grounds.

It is always a somewhat melancholy occurrence when a fine bird like this – or like last season’s lone BALD EAGLE – takes a wrong turn on their migration or perhaps get blown off course and finds itself on its own, species-wise. This bird seems to be taking it in its (longish) stride, however, and it has become something of a celebrity avian for the local folk. It will be interesting to find out when the migration urge finally encourages its flight away from its unusual overwintering habitat.