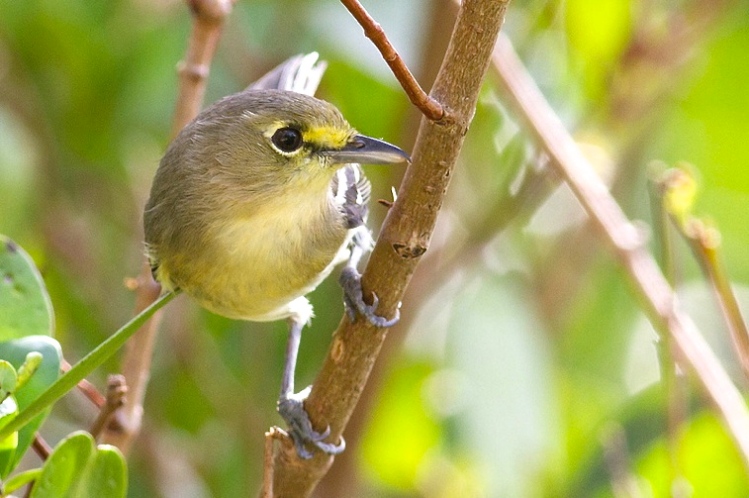 Unlike the other 7 vireo species found on Abaco seasonally or as transients, the Thick-billed Vireo Vireo crassirostris is an ever-present permanent resident of the coppice and scrub; and their unmistakeable repeating song can be heard almost everywhere.

Although TBVs are very easy to hear and track to a general area of coppice, I find actually seeing the bird creating the noise quite hard – let alone getting a clear camera shot. They always seem to be lurking several feet further away, deeper in the foliage, than the sound suggests.

The main signifiers for this species, which in combination distinguish the TBV from the other vireo species on Abaco, are:

There are marked colour variations in the species according to maturity, season and to an extent gender (though m & f are quite similar). Here’s one that is causing wing-bar confusion by only showing traces. It also has quite dark upper parts. 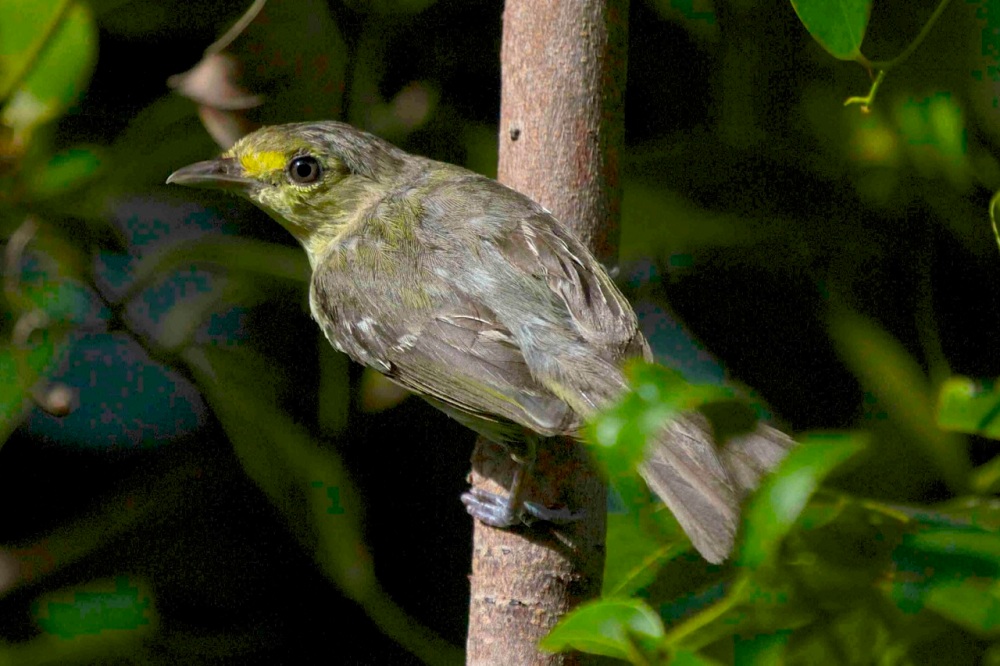 This is a very yellow TBV 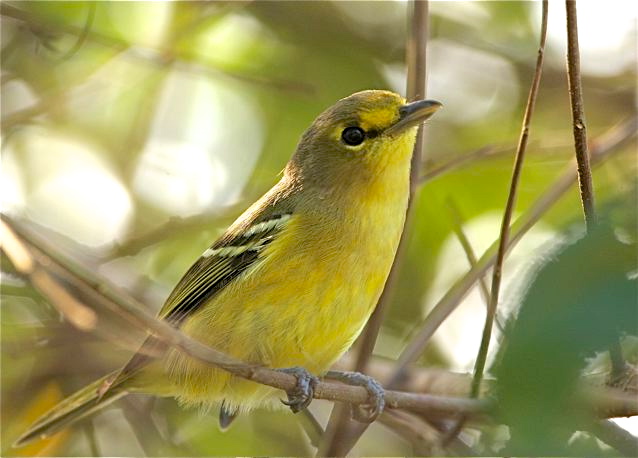 Whereas this one has rather anaemic coloration