A while back, Black-faced Grassquits Tiaris bicolor were honoured by the American Ornithological Union with a classification change from emberizid to tanager. For the reasons that follow, the species regarded this both as scientific promotion and as merited status elevation. I invited an authoritative Spokesquit to explain why.

Hi, human friends, I’m a black-faced grassquit  and I have a couple of observations to make on behalf of BFGs, if I may. First, we seem to be universally described by you as ‘common’, whereas we are actually quite refined in our behaviour. Secondly, the words most used to portray us are ‘dull’ and ‘drab’. And ‘stubby’. Well, excuse me… I – we – ask you to give us a second look. Maybe check out these images for a start. 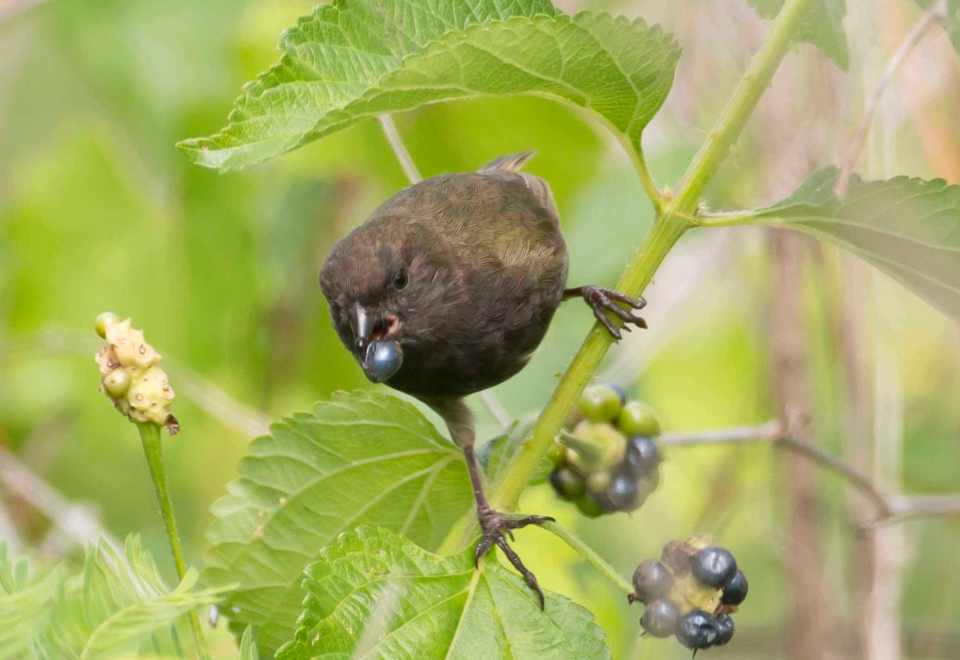 Unsurprisingly we were very excited when the perceptive classifications committee of the American Ornithological Union gave us an upgrade. That’s the way we saw it anyway. For many years we were classified under the heading emberizidae.

We kept company with some buddies like the handsome Greater Antillean Bullfinches, but also with a lot of New World sparrows, with whom we (frankly) never felt entirely comfortable. Annoyingly chirpy, for a start. 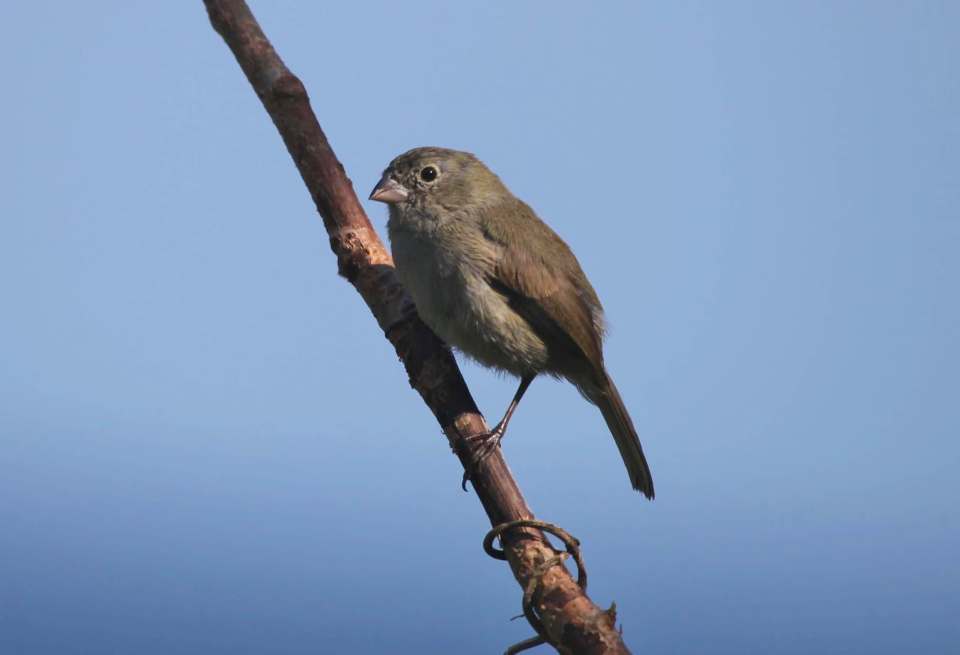 And so we officially became a type of tanager. They even reckon (rather late in the day, in my view) that we are closely related to Darwin’s finches. So, we are “common”, huh? Now we get to be with other birds that are dome-nesters like us. And how about this – we’ll be in the same list as some really cool birds…

How’s this for a colourful gang to be joining: scarlet tanager, summer tanager, rose-breasted grosbeak, indigo bunting, painted bunting – these are our new cousins. BFGs “dull” and “drab”? I don’t think so.